INNOVATION LuminoKrom technology, developed by a company in Pessac (Gironde), allows this paint to reflect light at night and thus illuminate cycle paths

An innovation that is gradually emerging from the shadows. Two years after its launch, the LuminoKrom technology, developed by the Olikrom company based in Pessac (Gironde), has equipped around twenty cycle paths in France, from Alsace to the Bordeaux metropolitan area via Annecy.

This photoluminescent paint – which reflects light at night after having absorbed it during the day – was inaugurated on a first cycle path in Pessac, in September 2018. Developed in partnership with Eiffage, it took Olikrom four years to make it see the day. In this new school year, the University of Bordeaux-Montaigne has chosen this technology for one of the tracks on its campus, a section of over 500 meters. “Sloping, winding and devoid of public lighting, it was particularly accident-prone,” Olikrom said in a statement. By capturing the light during the day and by creating a “light guide” at night, this new road marking helps to make users’ journeys safer. “

The company from Pessac, however, would like to move up a gear, and hopes to benefit from a favorable niche thanks to the boom of the bicycle in the French conurbations. “This return to school represents a big challenge for us,” recognizes Jean-François Létard, president and founder of Olikrom, and former director of research at CNRS, because town halls are in the process of deploying their cycling plans, and they will also have to perpetuate or replace this yellow marking which has developed all over the place after confinement ”(the famous coronapistes).

“After the craze for spring and summer biking,” he continues, “the challenge for municipalities will be to encourage people to continue using the bicycle, while we are heading towards meteos. less clement and nights which will fall earlier and earlier… ”This is of course where LuminoKrom technology intends to demonstrate its usefulness.

Olikrom, which has around 20 employees, is able “to respond within seven days to an order from a community,” he promises. In this context of Covid, it is a very quick way to equip and secure a city. “And Jean-François Létard to announce projects in Floirac and Villenave-d’Ornon.

“See how this experiment ages over time”

“This is an extremely interesting technology,” confirms Clément Rossignol-Puech, EELV mayor of Bègles and vice-president of the metropolis in charge of mobility, even if it has a cost, since it is about ten times more expensive than a classic painting. But it is true that when there is no public lighting at night, it is difficult to see the facilities. We just need to give ourselves a little time to see how this experiment is aging, but I am in favor of continuing. “

This “made in Aquitaine” innovation also makes it possible to respond to other challenges, in particular that of light pollution, as more and more cities “cut off part of their lighting at night” for economic and environmental reasons. And Jean-François Létard prefers for his part to highlight that at 4,000 euros per km, his luminescent paint “costs much less than public lighting, which costs between 200,000 and 400,000 euros per km. “

This patented technology is obviously not only used to equip cycle paths, but can also be effective on certain roads. “We also have plans to deploy it on pedestrian paths,” adds Jean-François Létard, “because in Bordeaux many students party in the city center, but most of the time they live in Pessac and Talence. At night you have a procession of students walking around with their cell phones to see, because the city turns into a real trap. “

According to a study conducted by Ifsttar (French Institute for Science and Technology for Transport, Planning and Networks), Luminokrom paint allows visibility of between 50 and 80 meters. Composed of pigments “which have the capacity to be charged by direct or indirect sunlight, and also in car and bicycle headlights”, this paint releases the light stored during the day at night.

Olikrom is expected to announce its first contract with a major European city in a few weeks.

Link to the French News in “20 minutes Bordeaux” 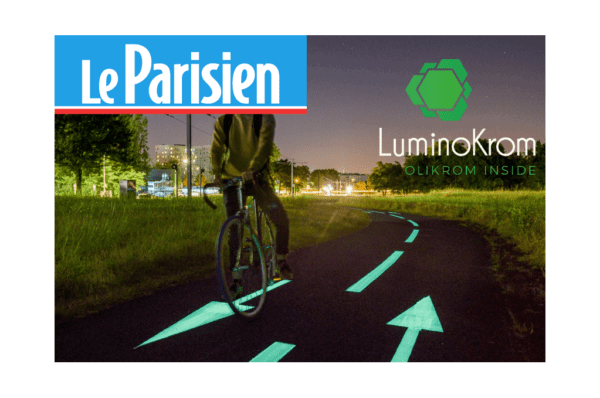 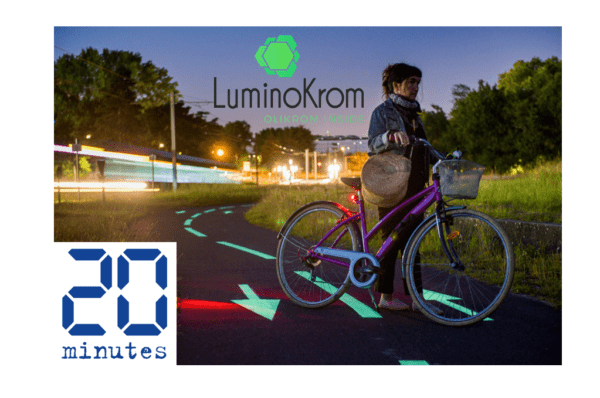 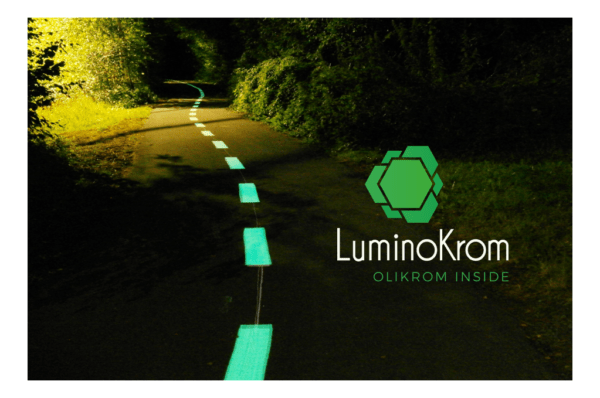 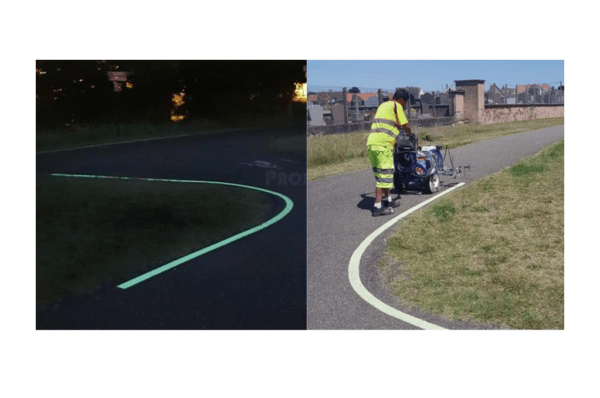