LuminoKrom® photoluminescent road paint captures light during the day and lights up at night without consuming electricity or emitting CO2. Its deployment on infrastructure is quick and easy.

Photoluminescent marking has existed since 2018 in Gironde. His test in Nancy had been “in the works for a while. We are facing more and more requests for lighting from municipalities, in which there are too dark traffic areas. However, out of respect for biodiversity, we are always hesitant to put on lighting, which generates light pollution, “points out Laurence Wieser, Grand Nancy advisor responsible for soft mobility. As a bonus, “they are obviously much cheaper than streetlights.”

The painting is scheduled to “shine” for ten consecutive hours. But be careful, “it guides, it does not illuminate! “, Insists the elected, who recalls that” every cyclist is supposed to be equipped with lighting “. This section, between the bridge on rue des Tiercelins and rue Charles-III, was chosen because it was considered potentially dangerous: without lighting, and along the canal. “And it is used, there is passage”.

Site of the work site: Cycle path between the bridge on rue des Tiercelins and rue Charles-III, Nancy

Nature of the work: Reinforcement of night visibility for cyclists and pedestrians with the LuminoKrom photoluminescent marking. The luminescent paint is applied in a continuous strip along the channel and in discontinuous (type T3) on the opposite edge strip.

Date of completion of the LuminoKrom marking: March 2021 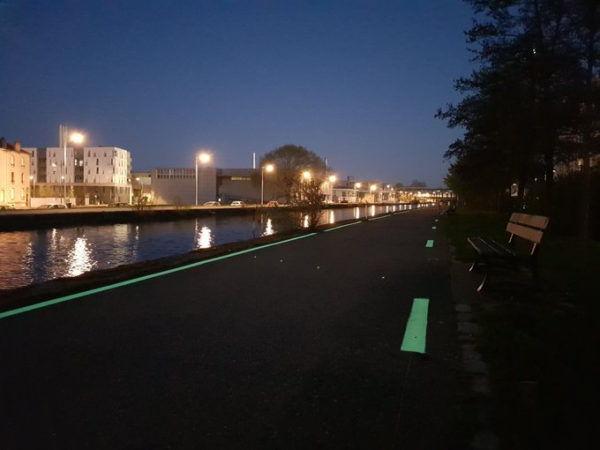 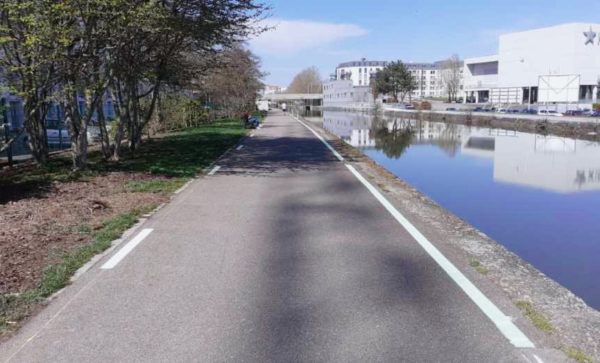 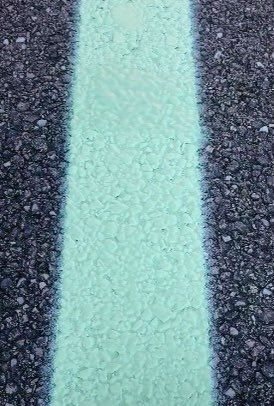 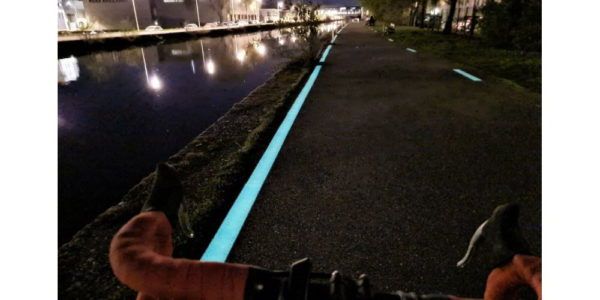 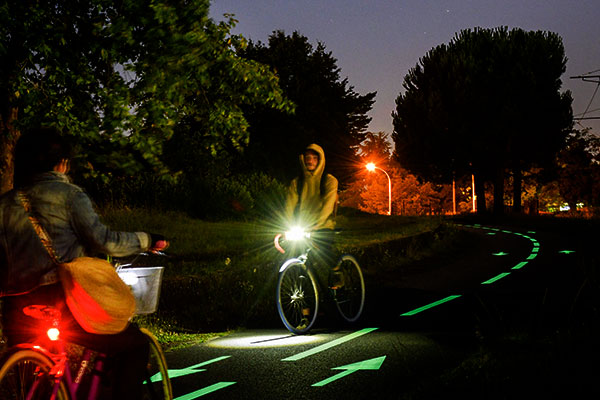 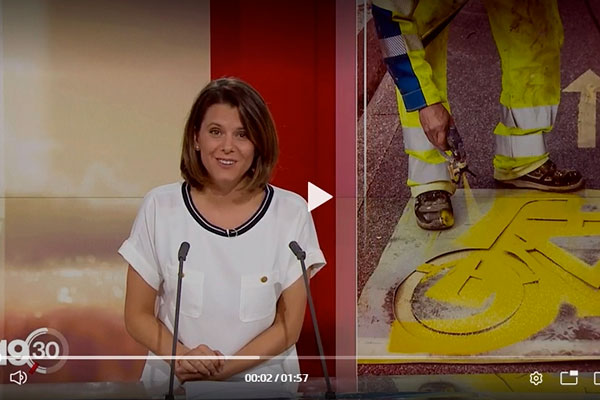 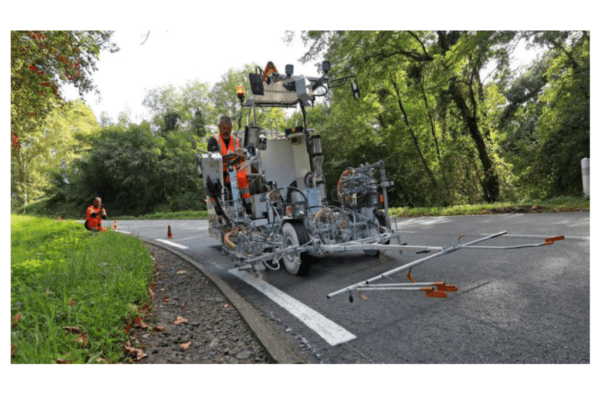 A first in France: LuminoKrom® photoluminescent paint is deployed on roads 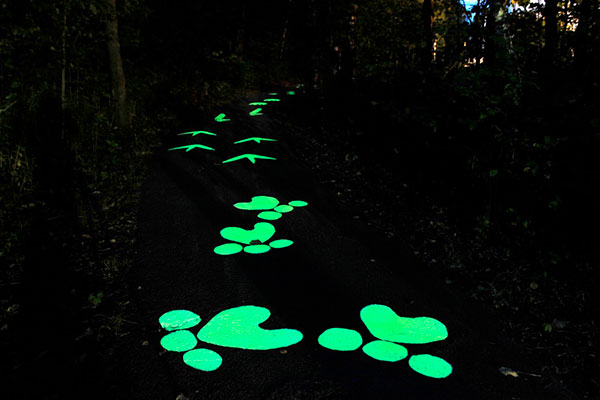 LuminoKrom® participates in a unique pilot project in Quebec

See all the media